A practical model for dementia prevention

Dementia is affecting increasing proportions of our population – but did you know that over 30% of all dementia is potentially preventable by reducing many of the health and lifestyle risks we already understand?

A new service model, the Brain Health Clinic, is being proposed by a consensus group of dementia specialists*. They have created a clear and concise set of guidance and information, or ‘blueprint’ for a preventative service. The blueprint provides evidence-based support to professionals so that they can identify people who have early cognitive decline and work with them to reduce their risk of their transitioning to dementia in the future (fig 1). 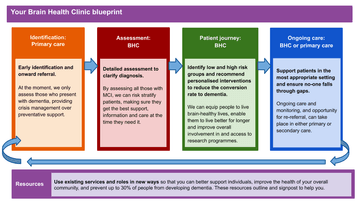 At the moment, people diagnosed with early cognitive decline including mild cognitive impairment (MCI), who may be in the pre-dementia stage, are generally referred back to primary care without intervention to wait for dementia to emerge before action is taken. This model of care means that every person at risk of transitioning to dementia is likely to do so. ‘At risk’ does not need to be synonymous with a diagnosis.

If around 30% of dementia is preventable, BHCs, or similar preventative services, could reduce that number by 500. That’s 500 people in the UK who won’t be living with dementia in 6 years’ time. If they receive preventative care now.

In the next 38 years based on the NAD’s data, that is 3,795 people who could be prevented from living with dementia.

The Brain Health Clinic blueprint is an accessible document setting out the key components of a BHC preventative model which can be adapted to any region and their needs. 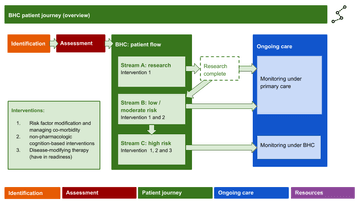 Figure 2: The ‘patient journey’, via a BHC, when identified as having early cognitive decline including MCI

By using existing resources, and reconfiguring the way current services are provided, local areas can adopt the BHC model and support people with early cognitive impairment to remain well for longer, changing outcomes, and potentially preventing up to 3 in 10 people from developing dementia.
The blueprint is available for use and will be available for discussion at the next Dementia MasterClass. If you are interested in using it to expand your local focus to include prevention as well as treatment, and are willing to provide feedback on using the blueprint, please get in touch.

The embedded blueprint below is interactive:

*The method and research behind the blueprint is supported by an academic article, published in the Journal of Neurodegenerative Disorders, ISSN: 2642-4274. Article available here. 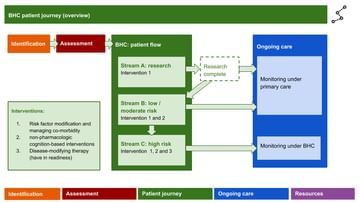 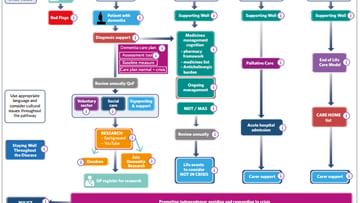 New dementia toolkit is an Aladdin’s cave of information

Led by proactive clinicians determined to see improvement in the way we prevent, diagnose and manage dementias, Dementia Academy supports healthcare professionals with the latest tools, resources and courses to do just that.

Didn't find what you were looking for?